Interactive Robotics with Elixir and Nerves 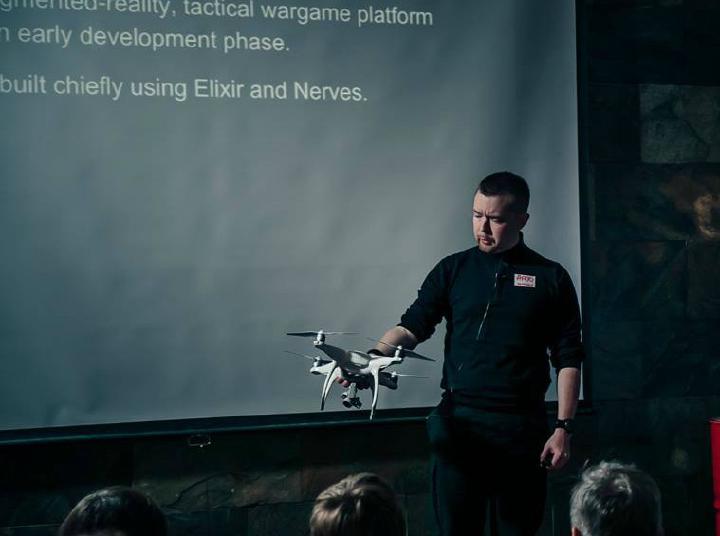 The killer app for Ruby was Rails. The killer app for Elixir isn’t (only) the Phoenix web framework, however, but rather the Nerves embedded framework that enables the creation of smart, networked, and reliable hardware using high-level abstractions. We’ll introduce Nerves through the motivating example of the development of a live-action wargame involving quadcopter drones.